What If You Already Have Arthritis?

Dr. Georgette Delvaux, DC
I learned a lesson in a memorable way from a remarkable patient. I was in my last year as a chiropractic intern, and a friend of mine who had just graduated gave a patient file to me. He said, “This is my good-bye present to you, Georgette. I am not going to tell you anything about the case. Just remember, it’s a present.”
I studied the X-rays. The patient was in her eighties. The X-rays showed severe end-stage arthritis in the neck. It looked like the patient had no neck motion left. When the appointment time arrived, I walked into the waiting room expecting to meet a little old lady, bent over, able to look around only by turning her entire torso.

I called her name. A blue-eyed lady with wrinkles, wearing a blue dress that matched her eyes, got up with ease and walked towards me, looking right and left quite normally. I muttered, “Oh, I have the wrong X-rays.” She said, “No, you don’t.” I must have looked baffled. She said “There’s something you don’t know” with a cute, smart-arse smile. I was glad to see she had a sense of humor, because I was not feeling that sharp right then.

Inside the treatment room, she said she was a retired physical therapist and she knew with certainty that if you stop moving an arthritic joint it will degenerate all the way to ankylosis (fusion of the bones). She then showed me the exercises she did every day of her life, without exception.

I looked at the X-ray again: It really did show no joint space in any of her neck joints. But when I examined her neck, I could feel that there was moderate mobility in all the joints that looked closed on the X-ray. My mistake had been to trust the X-ray, an image taken during a fraction of a second, and to draw conclusions about reality from that. An X-ray is such an impressive thing, that it made me mistake the map for the territory.

The joint spaces of an old person with arthritis are uneven, with little hills and outgrowths on the surfaces of the bones. Straight X-ray beams cannot go around these small obstacles, and thus the joints look occluded. If the radiologist had turned the patient this way and that and had taken many views, I might have seen that there were open joint spaces in her neck. Of course, knowing what we do about the harmful effects of ionizing radiation, nobody in his or her right mind would take many X-ray views just to demonstrate the presence of joint spaces.

Recently, I met Juliu Horvath, who designed Gyrotonic training, a well-known exercise method. He is about seventy years old. He has an impressively coordinated way of moving. We were in a group, and we decided to walk somewhere. A friend of mine, who had studied with him, and I chose to walk right behind him because I wanted to check out his way of walking, which showed strength and great alignment. I was surprised to see both in a seventy-year-old man. My friend said, “Yes, he does know how to walk well. But you should know that he has no cartilage left in either of his knees and this is the only way of walking that he has left.” I thought I hadn’t heard correctly: ”You are telling me that the only way to walk that he has left is the perfect one? That the arthritis in his knees does not allow any aberration in motion?” She said: “Exactly. If he leaves his correct alignment he will need pain medication.”

Obviously, this was what the man is teaching: With the help of well-designed exercise machines that have weights and pulleys, and with very close observation of the patient’s misaligned movement, he systematically encourages correct alignment, slowly and with persistence.

What better advertising could he have than his own alignment in his seventies! 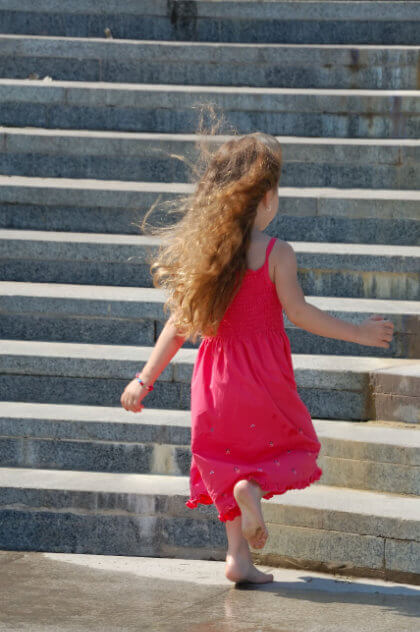 Copyright: cherrymerry / 123RF Stock Photo
An important aspect of all of this is to pay attention to your own way of moving: to remember how it was when you were young, slamming up a flight of stairs without even noticing what you were doing…to not accept slow deterioration that comes with injury and misalignment…to not resign yourself, lose courage, and give up on rehabilitation after an injury…to not give in to the so-called “common sense” that tells the elderly to be “realistic” and accept their limitations. 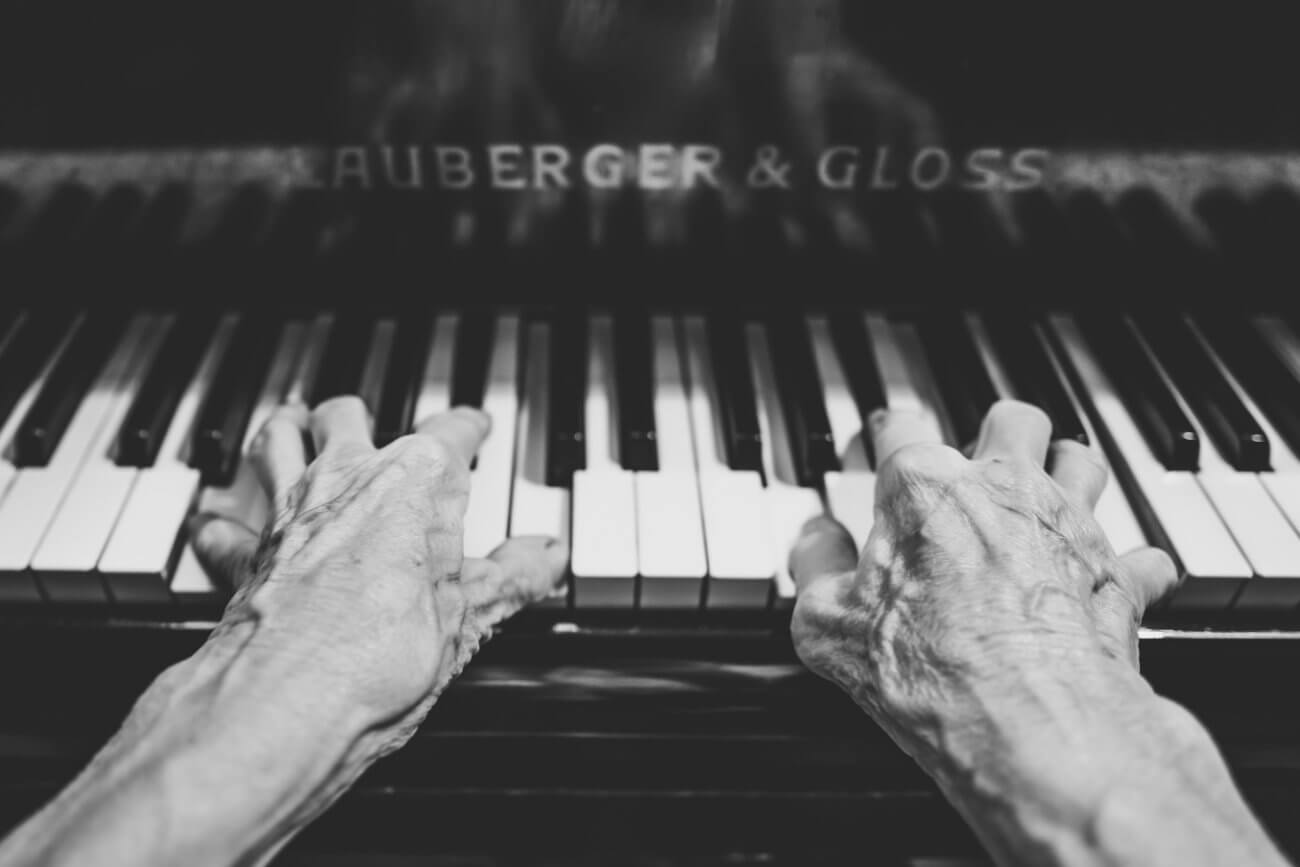 Despite challenges, don’t ever give up.
Photograph by Lukas Budimaier
For the health of your musculo-skeletal system, I do not recommend that attitude. If you do that, you will worsen your limitations, and your arthritis will worsen.

It’s also important to remember that we constantly live in the field of gravity (unless you want to join the humans in the children’s movie Wally who were ecstatically orbiting the world, with no gravity, in their wonderful armchair with their smoothies). I am serious about this! The force of gravity is either your friend or your enemy; no negotiation is possible here. Arthritis develops if your alignment is deficient and if it fights gravity. If the misalignment is small, you will develop arthritis slowly; if it is large you will develop arthritis quickly.

“The force of gravity is either your friend or your enemy; no negotiation is possible here.”

Next Article
All Articles