Let’s Have a Good Look at Squatting 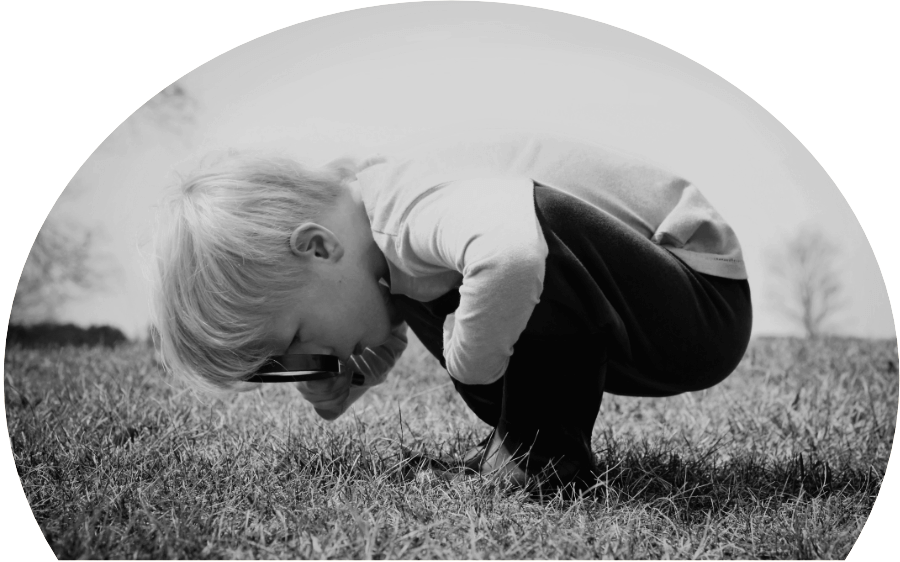 Why do we sit when we rest instead of squatting? We all were very good at squatting when we were little children and still totally unconscious about the social meaning of body parts. 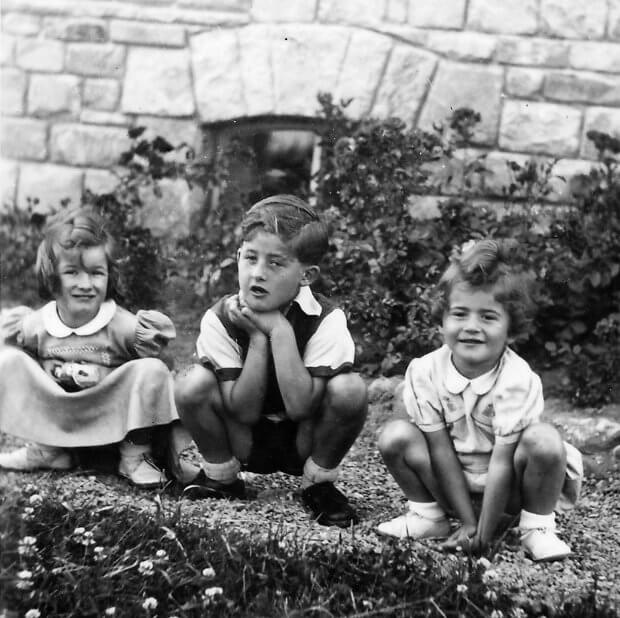 Here you can see my cousin, my brother, and me out in the garden playing. I do not remember the posture; I remember my father asking us to be good and sit still for the picture. Later, much later, my yoga teacher did not miss the opportunity to show me that my body had lost that early freedom to release my lower back into a squat.
Of course, adults living in simpler cultures continue to squat, for the good reason that many of them don’t have chairs. They don’t really need them. When they need to rest, they lower themselves down, their legs bend deeply, the entire surface of their feet touches the ground, their spine remains up, and they look around at their friends, talking and gesticulating as if squatting were the most normal and restful thing in the world.

Traveling in Burma a few years ago I saw an old lady do exactly that. I watched her walk down the street, limping a little, as if her foot were hurt. She approached her friends, who were squatting near the entrance of their house. She simply squatted to the floor to join them—and looked quite relieved to finally rest.

She was quite old, I guessed past seventy. How could she have such limber legs? She must have rested in just that way throughout her life; it looked like a habitual pose. The muscles in the back of her lower legs lengthened all the way, to allow her heels to be on the ground. Her lower back totally let go. She reached her head up and looked around; she could lean forward and move from side to side as she talked.

Most of us in the West, as we become adults, cannot do that, even though the basic design of our body is theoretically the same as that lady’s. I myself had lost the ability to squat by my mid-twenties. I had no need to do anything like that. Squatting seemed awkward, even embarrassing. I would do it only when I had to, awkwardly, on the squatting toilets when traveling in Third World countries—and I gladly forgot about that.

My legs and back had lost the ability to stretch that much due to habitual sitting. As a college student, I had had no interest in exercise. All of that changed as I discovered Rolfing, yoga, and chi gong.

Today, squatting has become a routine stretching and even resting position for me. Squatting extends my lower legs and feet completely; it stretches my back. If I let my head gradually come forward and down, it releases my entire spine.

I recommend squatting to anyone who is willing to try it. It’s particularly useful for pregnant women: their back has so much to do, carrying the baby, that it could use the rest. Squatting is also a traditional birthing pose. Traditionally oriented midwives still use it. 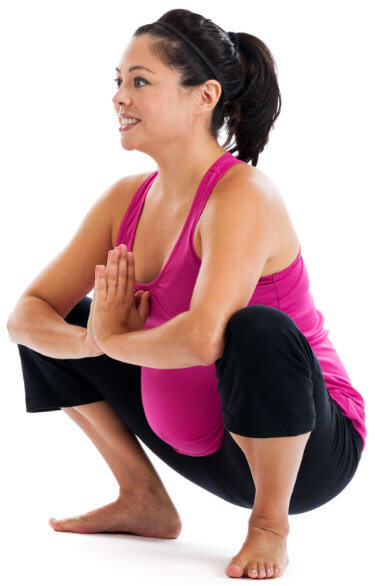 Copyright: eurobanks / 123RF Stock Photo
This is an image of a lovely pregnant woman. You can see that she literally is folded around her baby, and in this position she stretches the lower diaphragm, the muscles that have to release to let the baby out. If you compare her legs to the legs of the people who normally squat working or resting, you can see that she is “working at it,” so to speak; her legs are not as relaxed as if she had done this all her life.

Many people, unless they are yogis, are hesitant to try squatting because their bodies are very stiff. I recommend that they start slowly, placing a fat book under each heel (making sure the books have the same thickness). They can begin with their feet further apart, since people often cannot approach their legs closely when they start this. I patiently demonstrate, joking with them, so they can overcome their embarrassment. I recommend that they use less and less fat books to slowly stretch the backs of their lower legs and the bottoms of their feet. Of course, as healthy as squatting is, I am not sure it will become something normal to do while waiting at the bus stop.

Next Article
All Articles