How Chiropractic
Made Me a Better Rolfer

People often wonder why, since I’m a certified Advanced Rolfer, I would need to also become a licensed chiropractor. To me, studying chiropractic was not a distraction or a change of direction, but a way to deepen my knowledge about the body and its interconnected systems. 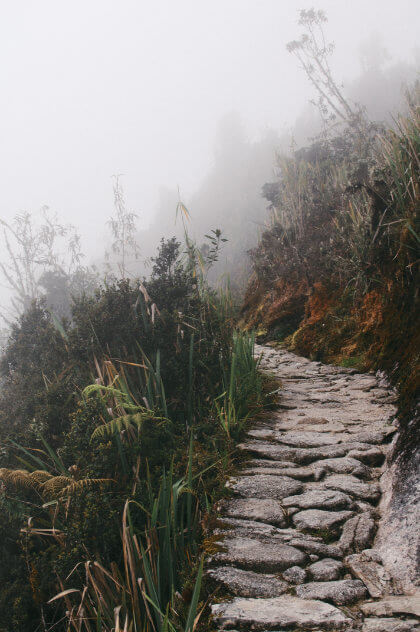 Rolfing® addresses all parts of the body, since all parts are invested by connective tissue, the structural part of everything alive, including us. Science used to teach that the last reach of connective tissue was the cell wall. That was before we were able to have a better look. Now, with electron microscopes, we know that the support system of all biological structures is also intimately invested within the cells.

My first intuitive understanding of this happened when I was hiking in the Sierra Nevada on a hot autumn day, through pine-covered hills. I saw a tiny pale-blue bird’s egg peeking out from dried pine needles. It looked unbroken. I picked it up. Surprisingly, it weighed almost nothing. I turned it and saw that the site of contact with the ground was missing. Looking inside, I could see that there was a network of hair-like filaments occupying the entire interior of the little egg. It looked like a very well designed tri-dimensional spider web. The only open space inside was somewhat central and sphere-shaped, obviously the site where the yolk had been.

I was astonished because I did not think that the interior of an egg had true structural elements. An egg is technically a cell, albeit a large one. A few years later I learned, at the first International Fascia Research Conference at Harvard, that, indeed, connective tissue fibers are continuous from the outside of the cell wall to the inside of the cell. The electron microscope images showed the tri-dimensional structure of the filaments that keep the organelles of the cells in place. They reminded me of what I had seen in the interior of that dried-out little bird’s egg.

If the connective tissue, the medium in which Rolfers work, extends into all parts of the body, it behooves Rolfers to be aware of all the body’s parts and their connections to each other, even if we do not reach deeply to the inside of organs when we give a Rolfing session.

Pathology, however, is not taught in the Rolf Institute. We are told what to look for should there be a “real” problem, a disease or a pathology, and to refer. It is generally thought that people with a serious problem would not come to see a Rolfer; they would go to a medical doctor, right?

I have come to see that that is not true at all. People live with all kinds of problems, even dangerous problems. Many people do not have a good system for sensing what is going on with their body, and so they live with their trouble until they end up in the emergency room, surprised and defeated.

A wonderful elderly lady came to see me because one of her feet was always cold. “How funny,” she said, “just one of them.” It had always been a minor bother to her. She came now because the foot had also started hurting. Just laying my hand on that foot gave me a startle: It really was cold, and I knew she had damaged arteries. I insisted that she go to the doctor the same day, if possible.

I never doubted my ability to see if people were ill, but as I kept working as a Rolfer, more and more questions about early signs of potentially dangerous trouble began to plague me. So I took myself to chiropractic college, after I found out that anatomy, physiology, pathology, dissection, and radiology are part of the normal chiropractic curriculum.

The chiropractic approach is far less structural than Rolfing. Regarding the alignment of structural parts of the body, for example, chiropractors look at how the spine can affect the legs, or how the neck or the shoulder can affect the arms. But they do not go as far as seeing that a rotated ribcage could seriously affect the function of the diaphragm, the liver, or the gall bladder, for instance; or that atlas adjustments and other neck adjustments alone could never really resolve chronic headaches unless the cranial bones are also treated.

An aspect of traditional chiropractic that I really could not agree with is the direct, hard osseous adjusting of joints. Yes, of course, it is a good idea to put a bone or a vertebra back in its correct place. In classes I always sat very close to the action: The patient was adjusted with a well-placed thrust, and there was an audible “pop” that everybody was very happy about. Yes, that pop means the joint in question was adjusted. It does not mean, however, that it really went all the way back where it belongs, and it also does not mean that it will stay there.

The even bigger objection I had to direct hard adjusting is that, as the thrust happens, the patient instantly enters into sympathetic mode. That doesn’t mean that the patient feels sentimental—it means that the sympathetic nervous system, which governs “fight or flight” responses, has been activated. It is the alarm mode! The patient’s pupils widen significantly, and their heartbeat and breathing accelerate. I pointed this out to my technique teachers, and it was not a source of concern for them. I resented that immensely. Not all patients are young and sturdy; some of them are elderly and delicate. It is not a good idea to set off their alarm system, particularly if there is a different way to move bones.

With Rolfing, I can move bones and joints very well. I release the pattern of holding in the muscles and ligaments that keep the joint in the abnormal position, and the bones will follow into correction if I move them slowly and steadily. I may lean with insistence, even with much insistence, if I have to, but I will not thrust on my patients and place them in alarm mode.

“With Rolfing, I can move bones and joints very well. I release the pattern of holding in the muscles and ligaments that keep the joint in the abnormal position…”

On the other hand, I loved the medical sciences taught in chiropractic college. My teachers were very inspiring, and all held PhDs in their fields. After my chiropractic training, the chances that I could miss a serious problem were drastically reduced.

In 1992 I became a licensed chiropractor. Today I continue to participate in continuing education in all the fields that interest me: chiropractic and chiropractic radiology, Rolfing, cranio-sacral therapy, and nutrition.

“After my chiropractic training, the chances that I could miss a serious problem were drastically reduced.”

Next Article
All Articles
Winding pathway.
Photograph by John Salzarulo